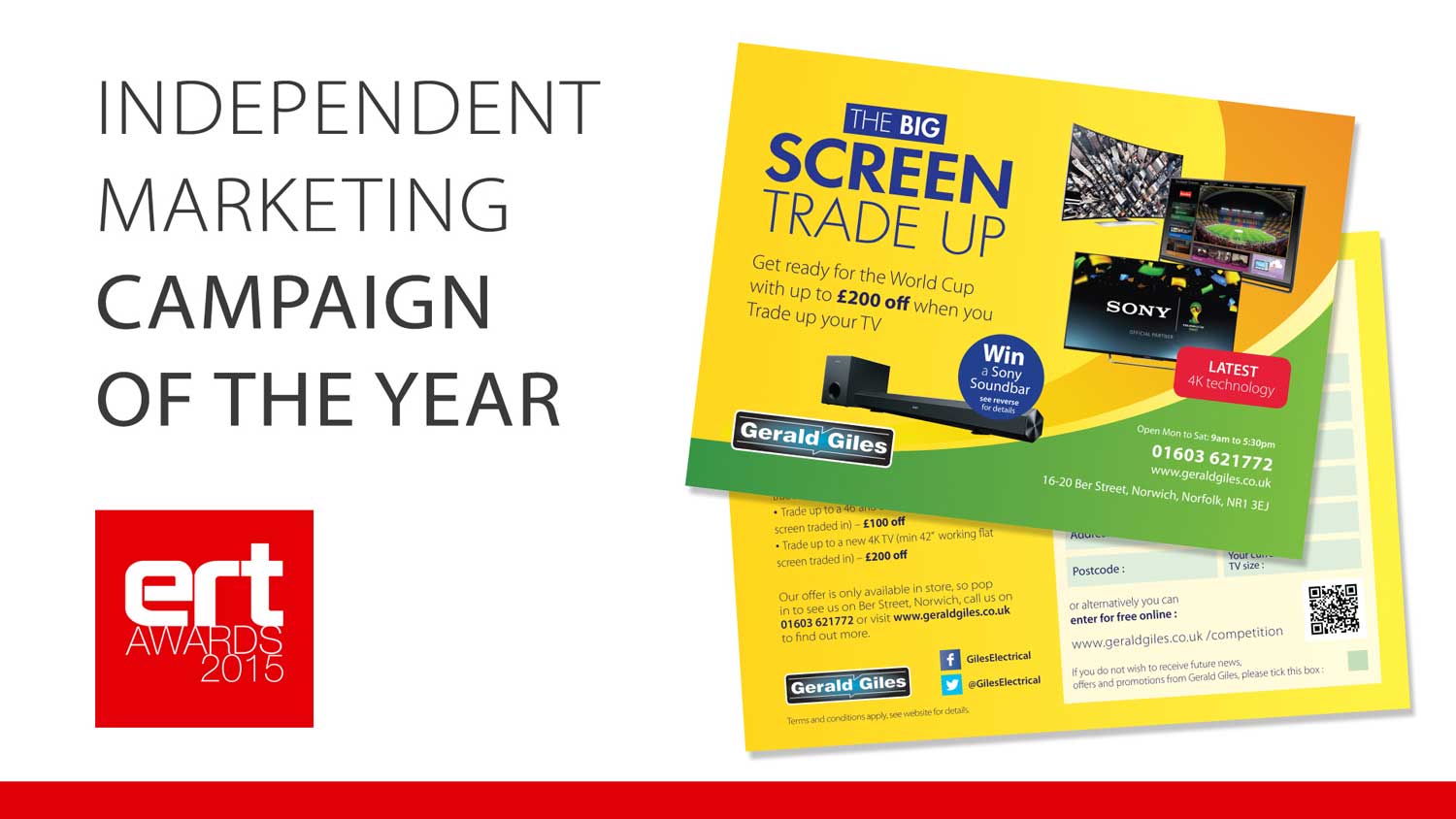 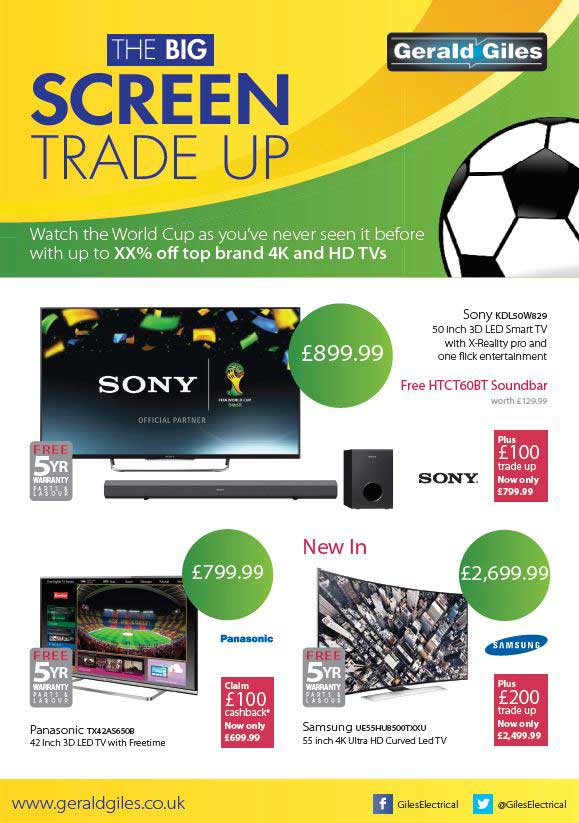 Background and brief
Communicate is retained by Gerald Giles for marketing consultancy, co-ordination, planning, digital advertising and PR. In 2014, we produced campaigns for the World Cup TVs and Miele cooking appliances.

The work
The ‘Big Screen Trade Up’ promotion encouraged consumers to trade up their old TV for a bigger size, in exchange for a trade in of up to £200 depending on the model purchased. We produced the graphic design for the promotion, advertised it online, in local newspapers, on billboards, by running a website and Facebook competition, distributed postcards to city centre pubs and World Cup leaflets through doors and to existing customers.

What the client said
“Communicate Marketing helped our team to plan and coordinate this campaign and created a very eye-catching theme which ran through everything we produced in all media. The campaign was a great success with TV sales up 35%.” 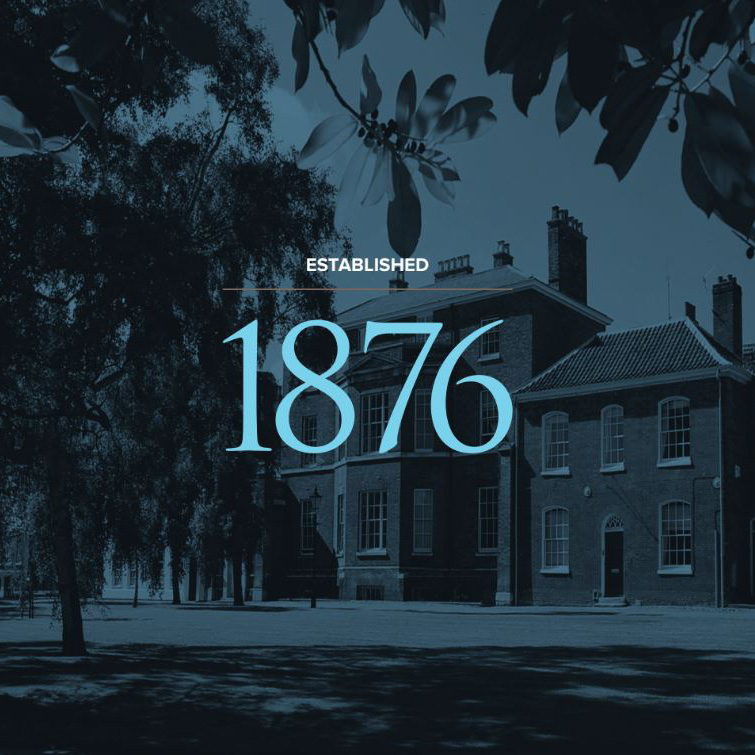 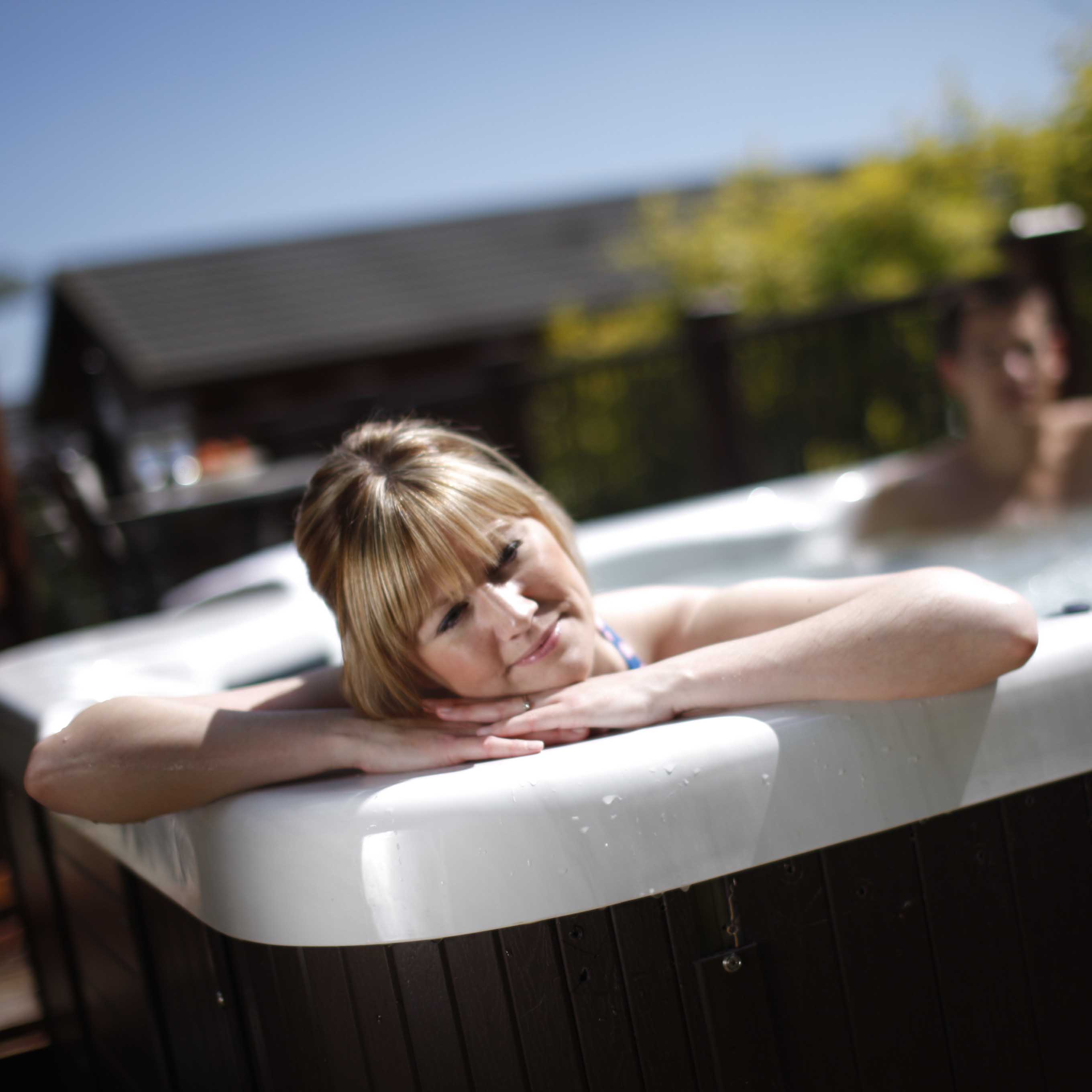 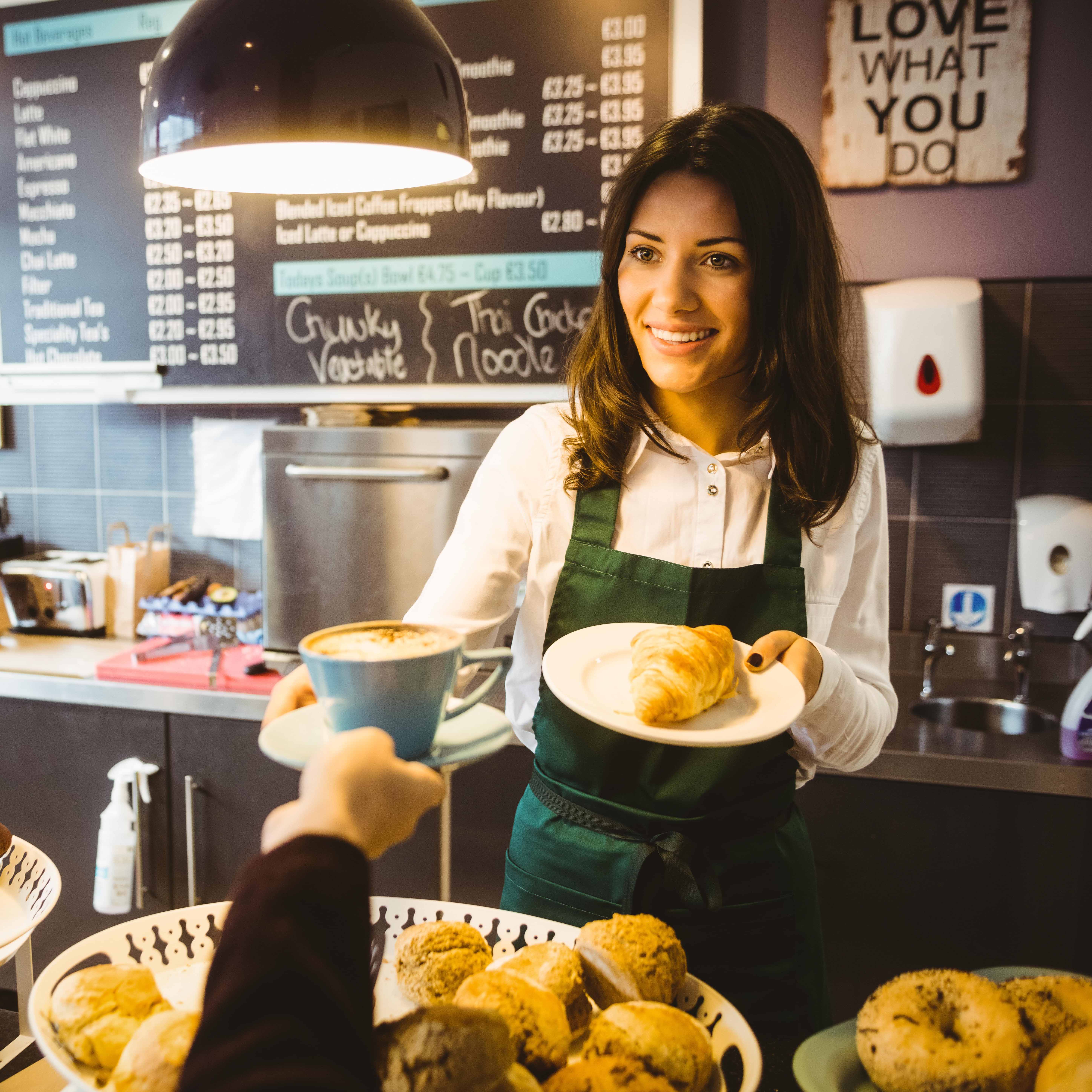 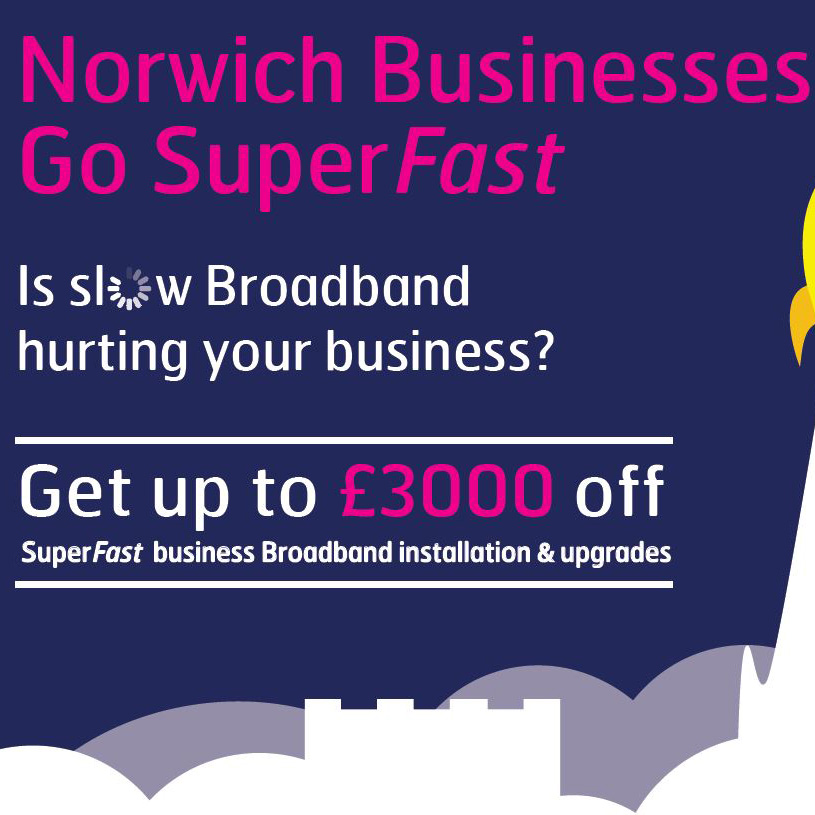